A thought occurred to me in between islands… I should live by the sea. It’s peaceful and quiet here and people have no ulterior motives. Life is simple. There seems to be a recurring theme with the sea and my travels. 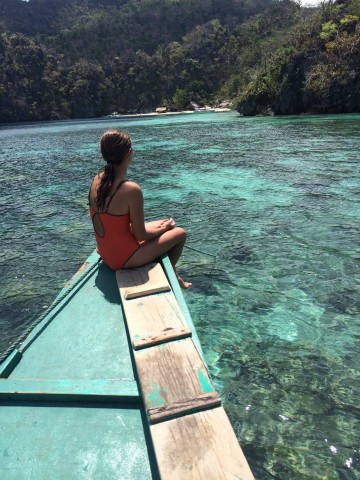 It was during dinner when I started letting my guard down and had some fun talking with the Filipinos. Up until now I’ve always kept them at a distance so as to protect my belongings. Or I was terrified of all the stories of kidnapping I’ve heard. It was this return to innocence that I needed. AÂ  way to trust people again without defense and without suspecting an ulterior motive. There is also the fact that people here are not trying to take your money.

Writing this down, I realized that I’ve really been corrupted by my experience in the corporate world. It is now, more than ever, that I realize that it is not for me.

The way into Coron city proper from the airport is through a winding mountainous road in a van. Which is the only transportation that is available at the airport and costs 150php. About what you had to pay for taxi anyway. But if you look at it from the perspective of a would be victim. It was totallyÂ  shady.

And holy cow that was a huge cockroach that just ran across the floor.

Back to the description of Coron. The town itself is a dump right now, due to hurricane yolanda killing all the vegetation The important places isn’t the town itself, but the island hopping tours and the scuba diving trips. The whole town only has one night club which I seem to have a hard time to find at night.

How to get there 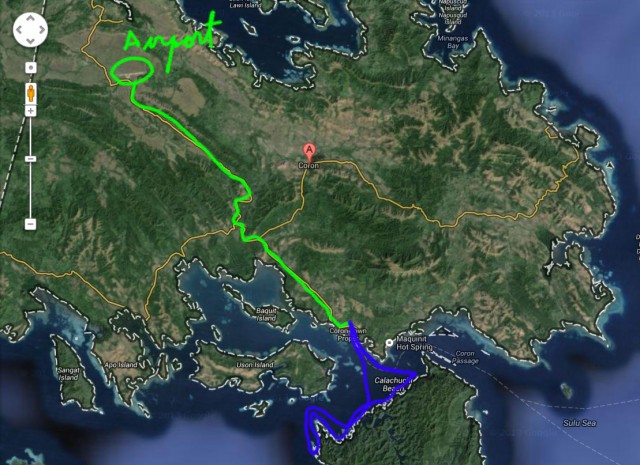 You get to Coron either by flying from Manila or Cebu. The airlines that caters to this are Cebu pacific, seair and Philippines airline. You can also take the ferry from Manila to Coron. Though the length depends on how big and fast the boats are. The small ones might take 16 hours while the faerie will probably take 6hours. However, make sure you book your tickets and return trip a week in advance. The hostels, as well as the tickets to get to and from Coron, are often booked full a week in advance.

This is, by far, the best thing in Philippines. It is also a must do. At 650 php I really recommend everyone to do so. 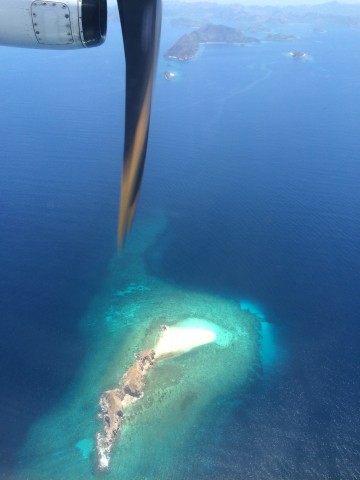 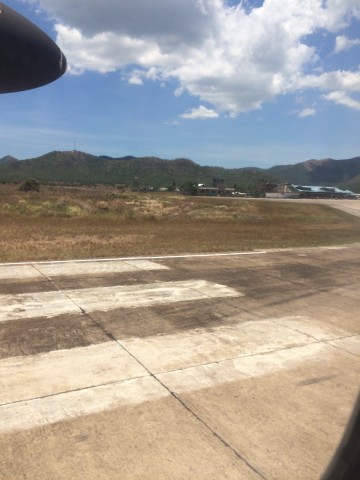 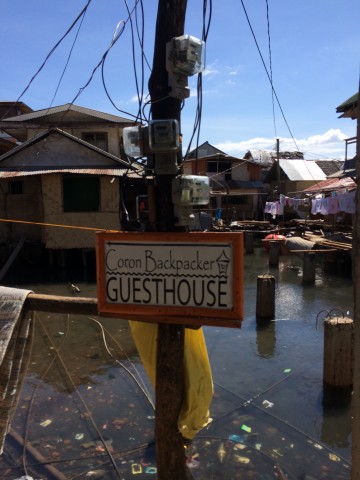 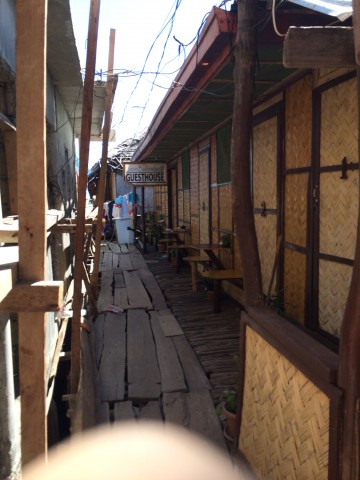 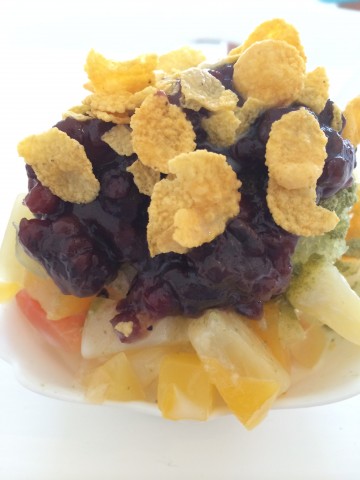 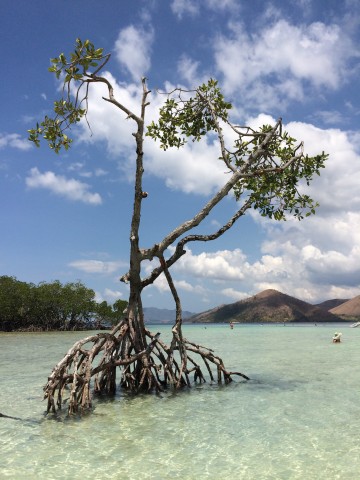 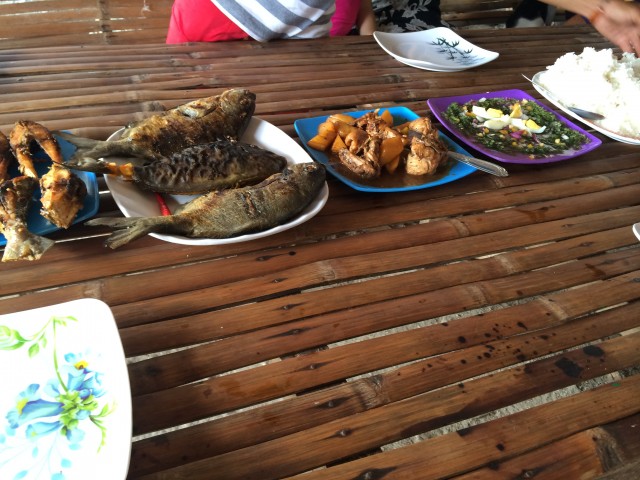 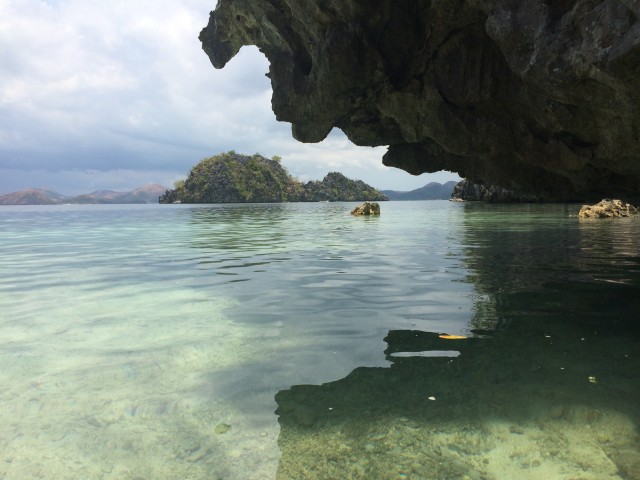 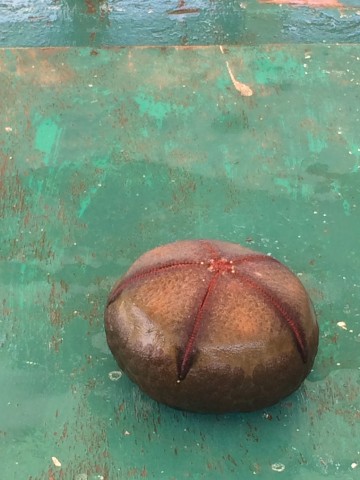 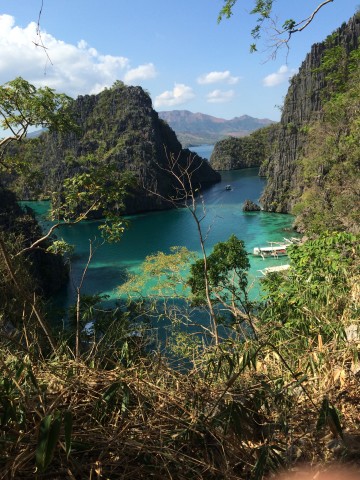 Coron is a place filled with couples. Especially so on the island hopping tours. There are a lot of people who comes here specifically for scuba diving since it is so inexpensive rack up experience and get a license. So for single backpackers the experience might be a bit lonesome. Since there were a lot of couples, you will have to get used to a stranger sight. That of Older americans on their first date with mail ordered brides, or older americans with their young Filipino wives. You and I both know what’s going on. Whether or not there is true love is up for debate. Sometimes, it feels better to be single than to be in these weird first dates on a boat full of lovers.

According to the local Filipinos, the island hopping tour in El Nido is a lot better than the ones in Coron. Plus El Nido have the perfect beach. However, El Nido is very hard to get to and is even more backward than Coron. In Coron, you cannot pay with credit card but at least they have ATMs. In El Nido. Everything goes by cash, so you need to bring a big stack of cash along with you.

I stayed at the Coron backpacker’s guesthouse. It has a very good atmosphere and layout for social mixing with travelers. The workers and their friends re mixes easily with backpackers from all around the world. Even though it looks shady as heck and is located on top of the water (which is filled with sewage) I still recommend people stay here. The only problem is that they are almost always booked full. The alternative is Marley’s backpacker’s guesthouse down the street.

Another possible thing you can do is to hire a boat with tour guides to take your group to an island and spend a night there with the tour guide. It cost about 700php per person and they take you to Banana island. There is also another route that is more of a secret. You will have to ask your local hostel owner or a well traveled Filipino to find out. Apparently, there is a tour group that takes people from El Nido and island hopping for five days to reach Coron. Then takes another group to do the same island hopping back to El Nido.

The sight also made me realize something about myself. Or rather, my selection of woman. If the woman cares so much about being chic and proper while keeping their makeup on when I took her out on a coral reef snorkeling trip. That is a big turn off for me. I really enjoy someone who can participate in adventures with me.

I have also been slow to realize a certain leadership ability in me. Perhaps my previous job’s habits have not yet dissipated, or perhaps the traveler’s aura is slowly coming out (It has been a week and a half), but people seem to look to me for command. Take rope pulling for example, I somehow ended up being the guy sjouting the rhythms which in turn made our team win. I also used to deviate responsibility and look at handsome and hot people for directions, but now I find them looking at me when met with a decision.

On other people’s girlfriend or wife. Maybe I am just trying to feel good about myself, But why are they flirting with me? I kind of get why woman traveling in Muslim countries feels ignored when they are with a guy. It makes perfect sense in aw brutal way. If you are already claimed, why waste time chasing after you when you can spend your time on someone single which gives you a better chance. Mind you, this is assuming that the woman has no other use than sex. I am going to take this up as well if the woman’s abilities present no particular use to other parts of my life. Yes, I can talk about the weather pretty well.

Coron is prosperous because of the tourism here. Walking around the street, you will see a very high concentration of foreigners. According to the locals, about 40% of the business here are owned by foreigners and operated by Filipinos. For example the hostel I stayed at cost about 500 000php which comes out to about $11000 usd. If you take the per night room rate into account at 500php, they bank about $30000 usd per year, which is a return on investment ofÂ  3 times cost of capital.

The market beside the port, according to the locals, was built specifically for the foreigners. The locals themselves buy it directly from the shipping company. So no matter how you look at it. You are not getting the local rate. Here’s the price of a few things

Van to the airport 150php