Another year, another review of my life, took a while before posting this cause life got in the way.

The nuances between different culture is big enough to completely throw off my interpretation of intentions based on the subtle cues in language and behavior. For the longest time in my life, I was ignorant of this fact and believed that my interpretation has been correct. After a year of travel, I’ve figured out that it is wrong. Even between similar western countries, the differences exist due to different history.

So during the next 2 years of my travel, I set out to train my intuition to be able to interpret people’s feeling correctly in a boring but logical manner. I built a few scenario and guessed their emotional state based on the resulting action they took after.  Every time there’s a new unexpected action, I add in another possibility to the end action as well as guess their emotional state. If possible, I find out what they are feeling in a roundabout way after a few drinks so as to not seem creepy.

After 10 000+ encounters with strangers, I believe I’ve built a good enough modeling to be right 80% of the time.

As a result of the experiment, and many major events that happened in my life in the past 3 years, I’ve become a man with few words. This change is as a result of being able to see certain truth due to the better modeling of people’s emotional state. Most of the time, people do not care about what I want.  Everyone is selfish. Those who care too much about other and react to others gets walked all over. It does not benefit me whatsoever to say anything or let people know what I really believe unless what I say is an action that I am doing that will advance my position in society.

I believe that silence is probably going to become my main theme in 2017.

I have been tracking my body’s progress for a while. A year ago, I finally started seriously building it up. Part of the 3 year progress to reach my natural maximum muscle mass. I’ve always been into sports and worked out sporadically, but I didn’t know that to build up muscle mass requires dedicated 5 times per week workout and adherence to nutrition. Especially so since I have Asian genes, which does not naturally give its owners a lot of muscles. But I do enjoy the fact that I age slower than any other race, which is not something that can be achieved based on effort. Here is me 3 years later at 21% body fat. The goal is to reach 13% at which point I will be back to 155lb, which was the weight where I was when I started. It’s amazing how skinny fat I was yet I still looked like a skeleton. 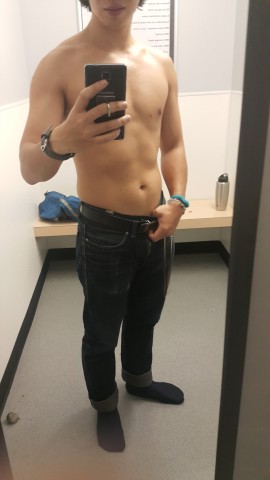 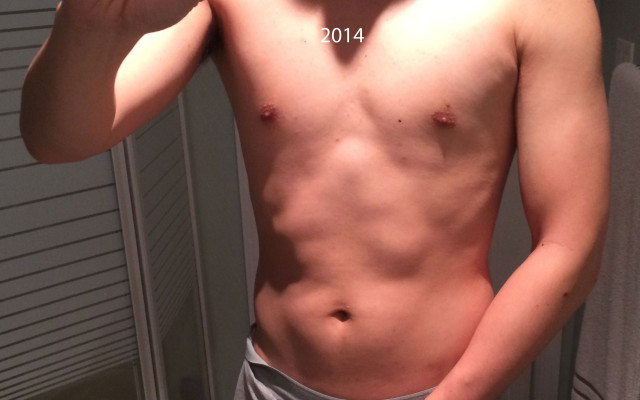 My genetic makeup is such that most of the fat is stored in my thighs and then my stomach. They never go up to my chest area or arm area. It’s the reason why I remain looking skinny up until about 28% body fat when the fat start showing up on my face. So to make anything protrude or having a “shape” in my upper body, it has to be built from the exercise I do instead of “chiseled” out like Americans.

How funny it is that the whole journey started when I decided I want to have 6 packs. Then I realized that the proportion doesn’t look right without a well built upper body. Which leads to finding out about the body fat % necessary for 6 packs to even show. Which leads me to this point in time.

I have finally completely digitized everything in my life. Thanks in part to a big burglary that took most of my memorable stuff. I don’t want to go into details of this event because I do not wish to relive it in my mind again. It is the single event that caused me to be outright hostile to the homeless drug addict population and nudged me on the path to always take the offensive and get as much advantage for myself as possible in any situation. Whereas before, I use simple tit for tat measures.

Because of the burglary, the amount of things I need to digitize reduced by a lot and it forced me to dedicate 3 months to complete it once and for all.

I experienced my first bout of lifestyle inflation. Tried to go back to being a vagabond, but I just couldn’t after experiencing how much more time gets saved and how my body feels better and less sick. Partly feelings and partly because I value my time and health as the no.1 and no.2 most important thing in my life. I do not wish to deal with shit anymore. From now on, if I travel, I travel in luxury and I will be staying in one place for longer period of time so I can settle down and work on things that matters most.