If only people here don’t smoke indoors, I’d stay here for a bit and work on my ideas 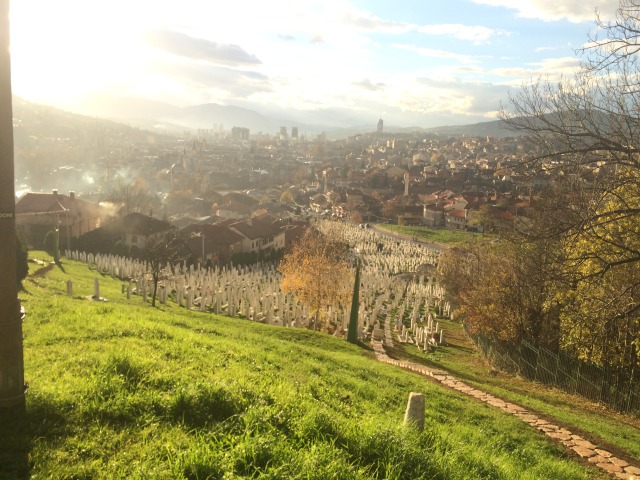 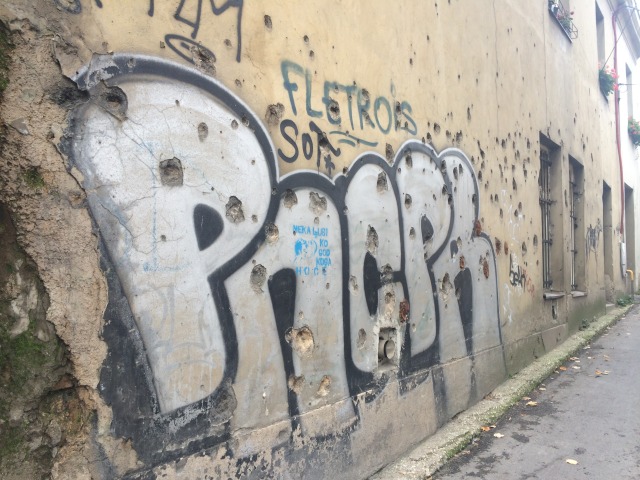 Sarajevo didn’t strike me as anything special when I first got here. In fact, I had my defenses up to full because this city has a heavy muslim presence. Add the usual stereotype of slaves and I have my reasons to be careful. On top of that, the only train from Zagreb took 9 hours so I landed at night.

The first night I spent in a shitty hostel called Ljubicica. It’s your usual hole in the wall backpacker’s lodging. I found bed bug nests and got moved to an apartment by myself. For â‚¬5 a night, I will pit up with it, but I having landed in bed bug infested hostels 3 times in a row, I decided to get out of there as soon as morning came. Yes, I’ve become an expert at eliminating bed bugs on the go, but constantly having to wash and isolate everything is taking its toll and too much time from me.

So I moved to “Hostel for me” based on the recommendation of a backpacker in Zagreb. Bosnians, I find, are extremely friendly. It is on he same level of Taiwanese and Vietnamese friendly, but a bit less.

Sarajevo has a way of growing on you the longer you stay. Like Rishikesh, many tales of travelers who originally planned for 3 days and ended up staying for a month. (except Rishikesh measures time by years). It’s a small town in a valley with a nice view. Islam is present but not aggressively oppressive. Multiple religions co-mingle peacefully. The view on the mountains caught my breathe.

For Bosnians, I must be a rare animal. I’ve had 3 people wanting pictures of me since I got here. This must be what the whites felt like in asia.

The hostess gave me a very clear view of her boobs several times while bending down to clean. She was wearing very revealing strapless tops and a bra that’s too big for her. I always wondered if woman do this intentionally. In any case, after misinterpreting woman’s interest 3 times on this trip, I just let it go at that. A good memory.

There is a Korean guy who is traveling and supporting himself through trading. We had some good times through limited english exchanges. He told me that Russians are really pretty… and Lithuanians. Funny how most asians have a thing for Russian girls, while I have no interest in them because of my dancesport experience. He did resolve a question i’ve had for a while though. For a long time I suspected that Russian woman have a racial predisposition to look at asian as ugly. He said he experiencedÂ the same thing and that the most likely reason is because most asians in Russia are illegal immigrants from poor western China.

Sarajevo is a bit like Morocco without the scams.

It was sort of a relief to meet americans and be able to speak English without any reservation. It’s like I can finally express the full extend of my mind instead of a dumbed down version.

By now, most people I met on the road comes from the same circumstances so we usually skip the dick parading where two vagabonds show off who have travelled longer. If you meet someone in November, they have 1: Quit their job 2: Travelled for a while 3: Traveling till money runs out

Haley was glued to the screen checking facebook the whole time and didn’t make any effort to socialize. I can tell that she probably had enough. Scott and Victoria though, will probably keep going until the money runs out. Woman like Victoria who can live on without the luxury of a first world city is very rare and I find that I can discuss topics with them without having to watch out for politically correctness. Cause they understand that in certain parts of the world, these absurd notions are facts and it is us who are messed up.

The americans are very self conscious about their ignorance of the world. And it seems to be a wide spread notion amongst people from other countries. They told me about European tourists who insulted them about their ignorance. I had no idea that Europeans think that Americans are stupid. Being Canadian is really a privilege because everyone thinks very highly of us.