After the host move, I now have space for pictures so I can possibly finish this series. Picture heavy post

Part 7 of the Morocco backpacking series: Backpacking through Morocco

Day 7: A second night in the desert

I couldn’t sleep last night. Stayed awake from the haunting memories of the little girl and her tiny hand that once held my wrist. A hold with desperation that I can never fathom. The heaviness of the emotion means I probably will not be able to rid myself of this feeling anytime soon. The dreadful feeling will only get exaggerated by heading back to the desert, the place where ruthless mother nature resided at that parting moment… I hate the fact that there’s nothing the current me can do.

The second excursion into the desert is better organized. We get to see the valley of roses and the gorge of Todra before going into a camel ride across the dunes (tip to self, the skinnier camels are more comfortable). 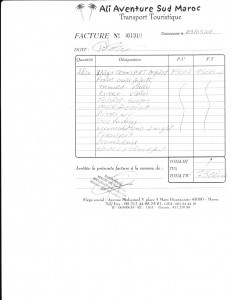 A girl gave us this as a present. The driver forbid us to give them money, but “honor” dictates that we have to return gifts. We gave them chocolate cookies from the cities. 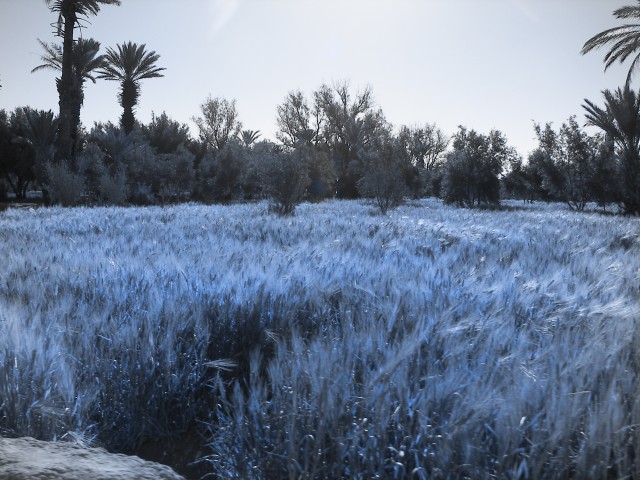 A perfect shot of wheat fields. I just had to modify this to look like the scene in Gladiators. 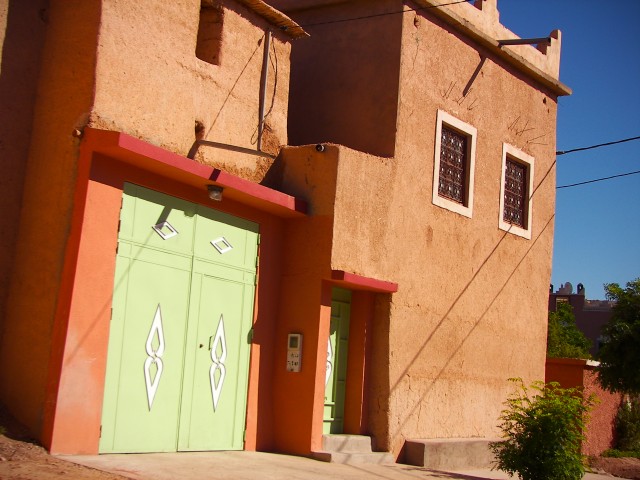 The architecture of southern Morocco. As we get closer to the Sahara, the materials for the walls gets redder, reflecting the change in the sand’s color.

Gorge of Todra. It is absolutely massive and cannot be conveyed by pictures alone. 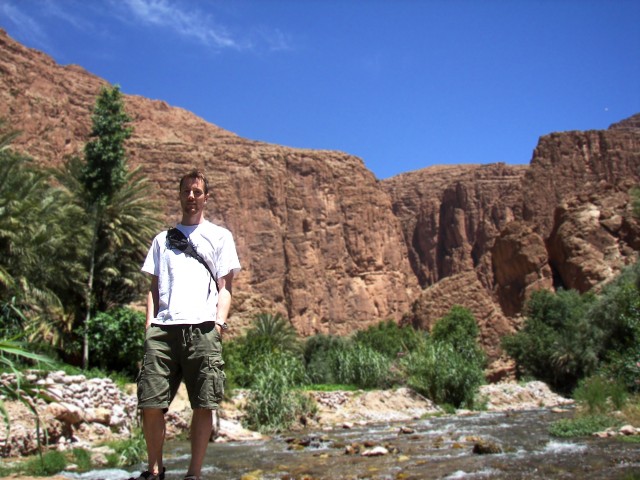 Driver dumped us at an unknown place before the gorge and just told us to follow the river. Here’s us lost heading in the right direction while the group of dutch girls is heading the other way.

It’s great to see real sand dunes and getting absorbed in its silence. This must be what the Fremen worshiped, the silent danger that lays just around the corner. Lethal, yet soothing while it kills you. 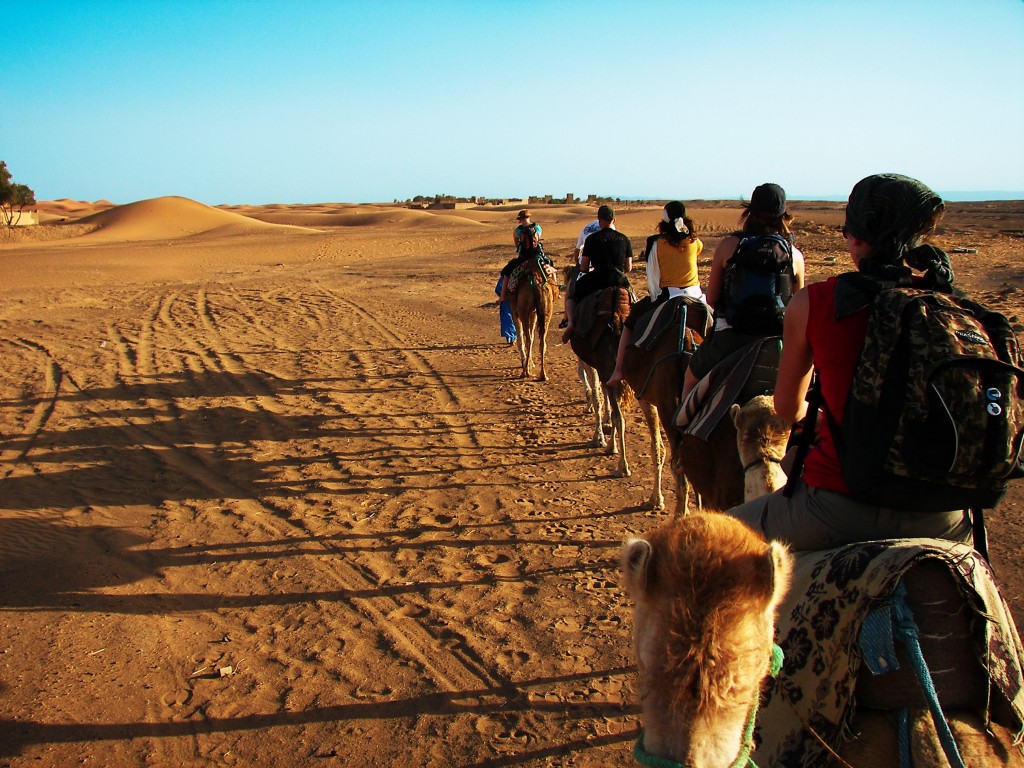 This excursion is better organized as we take advantage of the old trade route between Algeria and Morocco. Where traders from the opposite borders would meet at the border in the Sahara and exchange goods. 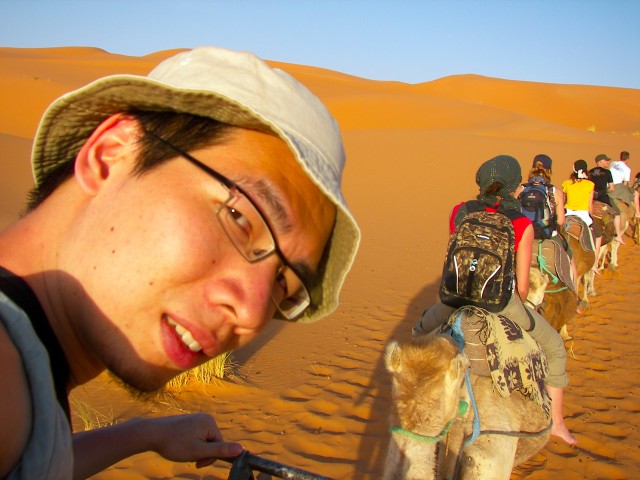 Obligatory shot of me on the Camel 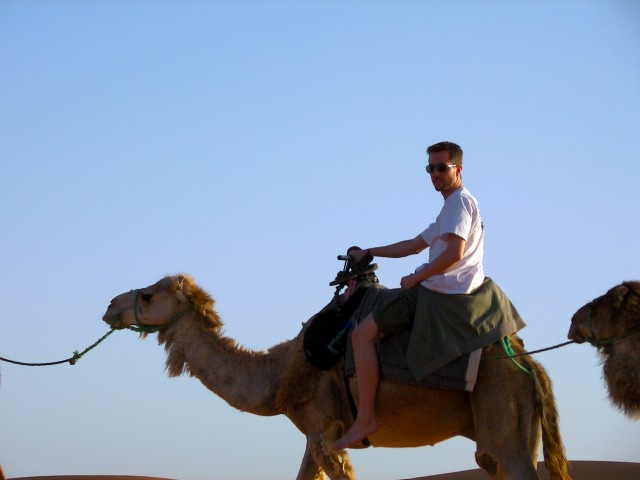 We also get a second chance to observe Moroccan music making. This group seem to be better at it than the last one. They look at each other a lot and seems to make up the rhythm as it goes. On both excursions we had a French couple traveling in our group and I came to the independent conclusion that I don’t enjoy traveling with French people. Mark waited before telling me their reputation so that I can reach this conclusion myself. It can be summed up by a comment made by a French girl while a bunch of us from all over the world were eating at the same table: “On parle seulement le Francais”. 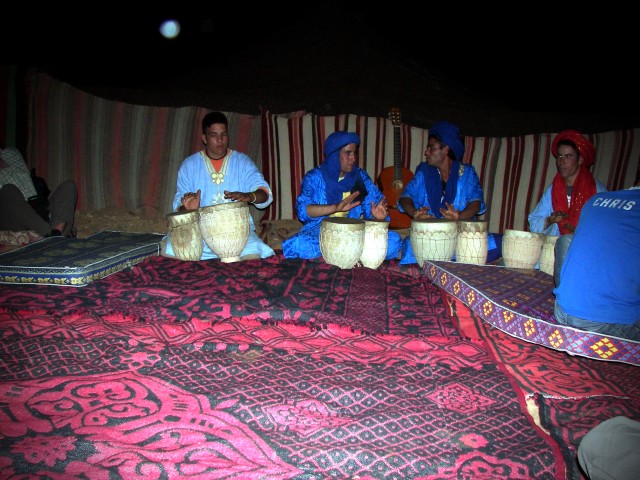 After the dinner and the performance by the locals, Mark and I separated to tackle two different groups. I went with the French couple while Mark joined the group of 3 dutch girls. I didn’t stick around for long because I wanted to climb the huge dune mountain right behind our campsite. I failed of course, not having prepared, nor did I have the strength after a day of hard traveling. You never know how massive the sand dunes are, until you try to climb one. This is perhaps the first time in my life that I have begun to realize why a mountain of sand is dangerous. For one thing, to climb up, you are forced to climb the crest of the sand dune, otherwise the slope is too steep.